There are many actors that over the years prove their versatility and talent in acting. Some stars have grown in stature and also able to well placed in their acting career progression. Well, we all used to see star kids in the Indian film industry got recognition through their parent's association in films. The one actor that proved his acting credential is none other than acclaimed actor Ajay Devgan. Ajay Devgan came to this film industry backed by his father association as his father was an action coordinator himself. Ajay Devgan always an acting powerhouse and gifted with reprise various challenging and intense acts on the silver screen. He came to the film industry as a reputation of fiery and most intense actor that Bollywood has ever witness. Ajay Devgan always experiments with his roles and has been successful in connecting to the audiences. That is why he brings to the table a lot more critically well reception films and contributes immensely to the success of his long list of movies. He has been the towering and versatile actor for years now and still able to focus and deliver blockbuster films back to back in quick succession.

As every critics or trade analyst always rates his film highly, therefore Ajay Devgan reinvents himself and surprises everyone with a wide variety of film choices. In the 90s most actors are known for doing action films randomly. Ajay Devgan make actions films to another level with performing daredevil stunt by him and get the audience and cine fans massive likes and response. 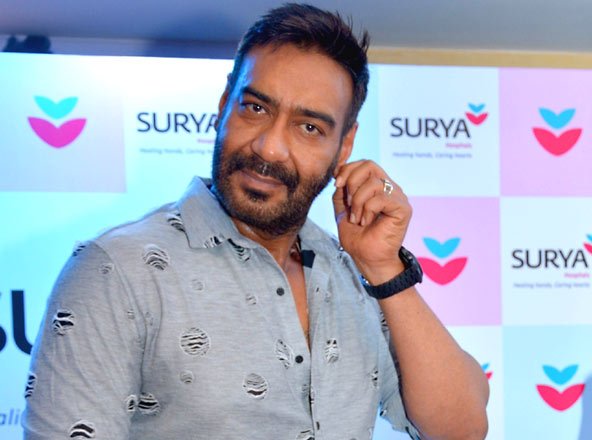 In recent years, he is doing all kind of roles and perfectly fit into the characters and successfully done his reputation on a high. Ajay is the son of legendary action director late Veeru Devgan who himself assisted many past actors like in fight sequence. He accumulates the name and fame as a legendary stunt coordinator. Like his father, Ajay Devgan came to this film industry to do action films and succeed well to make an impact in the Indian film industry.

A natural and gifted actor like Ajay has recently done many content-driven as well as doing comedy and commercial action films. His commendable acting prowess and high intense roles distinguish the actor he is. Ajay is still excited to go back to his earlier days when he did a lot of challenging and high risk involved fight scenes. But it is his passion and confidence that keep him doing action entertainer films. Ajay Devgan's career defines films never restricted to any genre as the audience finds out a lot of time where he had done commercial movies as well as content-driven cinema. That is the reason he never type-casted as a specific genre and always surprise cine fans with unpredictable and thoroughly entertaining films. As cine-goers and ardent followers of Ajay Devgan, we can wish that he keeps on doing and entertain us with more commercially viable action entertainer movies in a calendar year.