Top 3 Eagerly Anticipated Films in the first Quarter of 2019

Though every year we used to see some hit and flop films, this year is promised to be a great year with films of different genre are lined up for release.

The year 2019 would be a year to remember for all movie fans. Not only they will able to see the different genre of films but they will more likely connect to the film's story, narration, and performance of the lead actors. In the first quarter, we have seen many films engage fans and critics and some of them even score great numbers at the box office.

The first film which emerged as the biggest profitable film is director Indra Kumar laugh riot Total Dhammal. The film has joined the elite number of fastest reached the 100 cros by the entire star cast hilarious comic timing. Great rapport with the entire production team also does helps.

With  Indian film industry  is currently  going through a rapid fast growth  and with new writers, technicians and talented  directors  are keep  making  good films  it obviously help the Indian film industry to keep   the momentum  going .  A lot of films bombed at the box office because of lack of content-driven films and over the top narration.

Though every year we used to see some hit and flop films, this year is promised to be a great year with films of different genre are lined up for release. No wonder producer, film distributor, and movie fans are eagerly anticipated for their favorite actor's most impactful films in 2019.

Kesari is the most anticipated films in the first quarter of films which released on the auspicious day of Holi. The lead actor Akshay Kumar breaks and silences the critics who often did not give many ratings to his films. Kesari was the fastest entry in the 100 crocs club and still able to appeal the fans for its commendable and incredible technical brilliance made films. Lead actor Akshay Kumar has reinvented as a Sikh who along with his troops of 21 Sikhs fight it out for the battle of Saragari. The story inspired by the battle of Saragari where it is labeled as the biggest brave heart Sikh soldier’s battle against 10,000 Afghans invaders .The film received fantastic reviews and recommended to all ages of people. Kesari went on and reaches the fastest and biggest box office opener in a festive season like Holi. The jinx is finally broken as previously makers were reluctant to release films on Holy occasion. With Kesari phenomenal success, Akshay Kumar again proves his acting talents and currently is in great demands as a versatile actor. 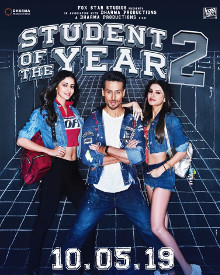 Sequel films are having been a trend in the Indian film industry. The filmmaker now a day realizes the importance of their previous hit movie and understands the demands of the sequel films. Well, among the most noted and highly awaited film would be Dharma production banner film student of the year 2 which is a sequel of the first one.  The film has some new faces which make the film more demanded as well as the huge expectation from movie fans. Much like the original, it has all the entrainment drama, friendship makes the film lot more connected to the masses. Tiger Shroff will be the leading actor along with two actresses who are relatively new to the Indian film industry. As a movie fan, we cannot wait for the film to unfold in the theater on May 10, 2019. 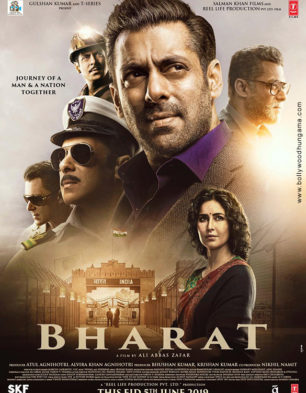 Salman Khan is back again with his latest flick Bharat. Salman after his debacle in Race 3 has done 10 times hard work and effort to portray different characters and looks to make sure this time masses would claiming his performance.  Going by the response of the film, Bharat would shatter all the previous records at the ticket window. We all know when Salmans movies do well it automatically boost the films collection and no wonder fans and moviegoers keep called him the Sultan of Bollywood and box office king khan.

The year 2019 there would be films which have social messages and documentation small budget films. But fans are excited when big-budget films of their favorite actors will release and watching them on the big screen would be an unforgettable experience for sure.