Everyone once in a while, one we get bored of the generic romance or comedy films, it is essential to watch an Adult movie to keep the ball rolling. Some find 18+ movies fascinating while others shy away a bit at the start. But, we all know that Adult movies are loved by everyone, be it young or old.

We know that it is hard to find Adult Movies that are not a waste of time. That is why; here is a list of 15 best adult movies of all time. And, if you are really curious about the former statement, then you can even check these out on IMDB or Rotten Tomato listings. So, with that being said, let’s get started without further ado.

Disclaimer: Most of these are either R rated or unrated, to begin with. So, please strictly follow the 18+ aspect.

Directed by Patrice Chereau, Intimacy is a romance-drama film that follows the story of a failed London Musician and a woman. Both of them meet once every week for causal, yet Intense, sexual encounters. A simple act to get away from the harsh realities of their life. Although, the male lead character begins to inquire about the women and things go downhill real fast.

Armour is a story of two retired music teachers who are cultivated and are an Octogenarian Couple. Their relationship is not as spectacular as we fantasize about having in our old age. But, one day when their daughter, Anne, has a stroke, fate tests their bond severely.

This one is a Spanish Drama written by Julio Medem. The plot of the film is about Lucia, a waitress and his boyfriend Lorenzo, who is a Novelist. This movie offers a bunch of relationships and how they end up getting interwoven with each other. 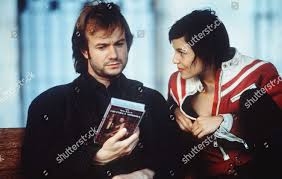 Directed by Andy Tennant, Hitch is a PG-13 movie starring Will Smith. The movie is about a Date doctor who is helping a client who is also the woman of his dreams. But, sadly, he found out that his game is not very effective when it comes to a gossip columnist.

Eloy, who is on the verge of Manhood, lives in Buenos Aires. He is a Physics scholar who also helps his family who runs a headstone business by doing advertisements. Later on, he starts sleepwalking and one day falls from an open skylight into the bed of a young woman, Elvira. The couple engages in some steamy events and Eloy gets some important lessons from his Tantric sex fanatic teacher. 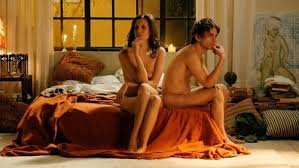 Shane Edelman starrer, The Center of the World, is about a successful Computer engineer who is sexually frustrated. One day he meets a stripper in a café and hooks up with her with an offer of $10,000. Although, this offer of 3 days and nights pass by without any penetration in VEGAS! 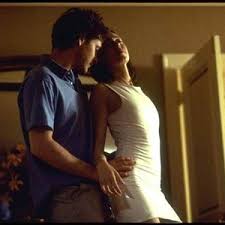 Oil on the water is a lovely Romance drama film. The movie follows the life of a loving young couple. Although, their love does last for very long all thanks to their inexplicable difficulties. These issues led to the tearing up of Max and Anna’s relationship.

Starring Sean Biggerstaff and Emillia Fox, Cashback is a story about Ben, who develops Insomnia as a result of a painful breakup. Now, in order to kill all these awake hours, he starts to work in a local supermarket for the late-night shift. This place gives birth to the wild artistic imagination of Ben.

This movie features some really strong NTR content. The plot follows a woman who faces dreadful consequences as a result of abandoning her loving relationship. Her pursuit of a sexual relationship with a celebrity mountaineer torn apart every aspect of her life.

This movie shows quite precisely as to what happens in a relationship when either of the two is ignored. The story is about an attractive housewife who is neglected by her husband. As a result, she goes behind his back and into a scandalous affair at Mantua’s renowned literary festival.

Starring Beyonce, Obsessed is a story about a successful asset manager. After getting a big promotion, he and his family are in a great state. Everything seems great until a temp worker starts stalking our Lead male character, and every aspect of what he has worked so hard for starts to fall in front of him. 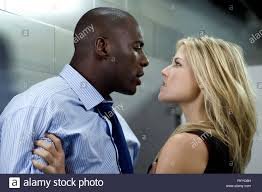 Directed by Silvio Soldini, Come undone follows the plot of Anna and Domenico. Both of the characters meet each other one day at one of their colleague’s farewell party. The flames of intimacy go wild between them resulting in several sexual encounters. This affects heavily on both of their lives.

Unfaithful is a movie that captures adultery at its best. It is about a suburban couple, and how their marital relationship becomes toxic when the wife goes into adultery flings. 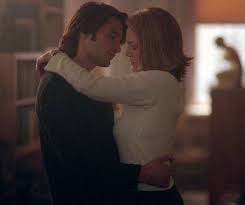 This movie is a Hollywood masterpiece despite being a Non-Rated film. The movie follows a reverse-chronological order and encapsulates events such as how Alex is brutally raped and beaten by a stranger in an underpass. 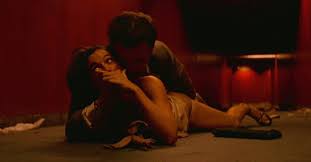 Starring Belen Fabra, Diary of a Nymphomaniac is about a middle-class French girl. The movie follows the journey of this girl’s sexual adventures and encounters. Later, she falls into the prostitution fraction and finally goes into ultimate redemption.

So, these were the 15 Best Adult movies that are a must-watch. Each one of them has a unique plot, and I made sure that no two films follow the same outline. On that note, do tell me about your favorite Adult movie in the comments and make sure to share this list with your friends.