We, in India, love movies, may it be Bollywood, Hollywood, or any other regional film. I personally feel that watching movies in your free time is the best way to embrace life. Not only movies offer a whole lot of aspects such as creative influence, musical prowess, etc. But also they help us to develop creativity too. Of course, there are some movies that are utter trash, but well so are people in the world. Keeping them away is the best we can do that is why here are the 10 movies which are the Highest Grossing Indian films of all time.

This list reciprocates the actual listing of IMBD, and the figures mentioned are more or less exact. One thing that I should mention right now is that I have only included movies that have grossed a minimum of 100 crores worldwide. So, there might be some movies that have performed exceptionally well in India but turned out to be a failure everywhere else. With that being said, let’s get started.

This movie is about a former wrestler, Mahavir Singh Phogat, and his dream to get India a Gold medal on the grand stage of the Commonwealth Games. He trains his daughters and helps them in their struggles whilst facing societal oppression. This movie is the highest-grossing movie of all time and It has crossed $ 12.39 M and a worldwide Gross of 1957 cr.

This movie follows the story of Baahubali: The Beginning. The plot of the movie is amazing, and the visuals are extraordinary. This movie has a huge fan base. This one grosses $ 20.19 M and a worldwide Gross of 1807 cr.

The plot of this movie is about a man with a magnanimous heart who wants to ensure that a Pakistani girl gets back to his family safely. The movie follows his journey and struggles in achieving this goal. This one grosses $ 8.18 M and a worldwide Gross of 873 cr.

A young talented singer, songwriter, who lives amid domestic abuse, becomes famous thanks to the support of her mother. This is a truly wholesome movie. Secret Superstar has a Worldwide Gross of 834.3 cr. 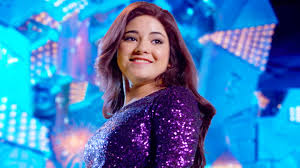 One of the best movies that challenge religious beliefs and how they are nothing but empty shells used by spiritual gurus to manipulate masses. Aamir Khan’s acting is something to look out for in this blockbuster. PK Grosses $ 10.62 M and a Worldwide Gross of 741 cr.

A sci-fi movie will convey the strong message of how much we are dependent on mobile technology. You are going to witness some of the best VFX work in this movie. 2.0 received $ 5.57 M and a Worldwide Gross of 679.5 cr.

This movie shows the journey of a wrestler who made some wrong choices which lead to the demise of not just his career but also a breakdown of his family. Sultan is a tale of how hard work and persistence is the key to defeating all odds. This one Grosses $ 6.2 M and a Worldwide collection of 615 cr.

This franchise is loved by people all around the world. Just like its sequel, Baahubali: The Beginning also received a huge global success. It Grosses $ 6.74 M and a Worldwide oss of 602 cr. 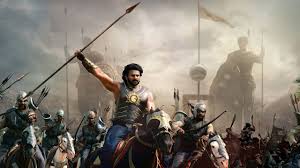 Sanjay Dutt’s Biopic, Sanju, talks about how one can get in the influence of drugs even after being successful and how a simple mistake can get one in the jail ruining everything. Ranbir Kapoor’s acting in this movie is splendid. This one grosses $ 7.91 M and 585 cr. Worldwide. 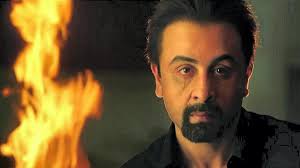 My first reaction when this one reached the Top 10 was why do people still watch shut shitty movie, but well who am I judge, people just love using machine guns with a single freaking hand I guess. This one grosses 5.56 M and a worldwide gross of 565 cr.

So, these were the 10 Highest Grossing Indian Films of all time. These definitely are a must-watch. Each one of them has a charm to them, except one. On that note, do tell me about your favorite Indian Film in the comments and make sure to share this list with your friends